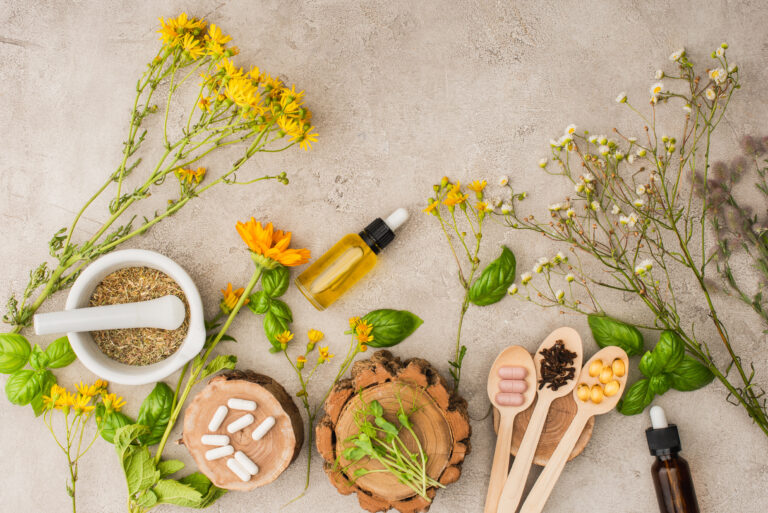 Feeling blue and demotivated? Losing motivation may be a symptom of mental health conditions like depression—and may have been caused by stressful life events. You may be interested to know that a natural molecule called “dopamine” exists in the brain, often recognized as the molecule of reward and pleasure. Reward and pleasure drive motivation. Dopamine is well-known for its mood-enhancing properties and is involved in neurotransmission, the process of communication in the brain. Research has shown that dopamine is linked to mental health conditions, including depression, anxiety, and cognition.

Read on to find out about several herbs that may boost your dopamine levels and help you regain motivation and control of your mood.

Ginseng has been used in traditional Chinese medicine for a range of health conditions, including mental well-being. Ginseng is available in different forms: Panax ginseng, Siberian ginseng, and American ginseng.

A review of multiple clinical and preclinical studies showed that Panax ginseng increases the level of dopamine to help fight fatigue. Fatigue is one of the factors leading to feeling demotivated. Another animal study has shown that Siberian ginseng can elevate the levels of dopamine to produce antidepressant effects in mice. These antidepressant effects may resolve the lack of motivation often experienced with depression.

Ginkgo is another popular herb from traditional Chinese medicine with numerous benefits. Ginkgo leaves are mostly used in supplements. Studies have shown that supplementation of Ginkgo biloba extract for 14 days can significantly increase the levels of dopamine to the benefit of cognitive function.

Rhodiola rosea, also known as “arctic root”, is an adaptogen, which means it’s an herb that can help resist stress. Low motivation is linked to chronic stress. Rhodiola is known for its neuroprotective effects in treating mental health disorders [15]. The antidepressant and cognition-enhancing properties of Rhodiola seem to come from its inhibition of monoamine oxidases MAO-A and MAO-B, as well as its stimulation of the noradrenergic, serotonergic, dopaminergic, and acetylcholinergic systems in the brain.

St. John’s Wort is one of the most researched herbs and has been reported to be efficacious for people with depression. Animal studies have shown that a single dose of St. John’s Wort increases the levels of dopamine, the underlying mechanism for its antidepressant activity. Thus, motivation returns with an improved depression state.

Mucuna pruriens, also known as cowhage or velvet bean, is recognized by some as a “dopa bean” because it is rich in natural L-Dopa. L-Dopa is a precursor of dopamine and is involved in dopamine synthesis in the body. Studies have determined the role of Mucuna pruriens in protecting the brain from degenerative changes linked to Parkinson’s disease, Alzheimer’s disease, and stroke.

It is important to note that the information provided here is only for educational purposes to inform decision-making. Herbs are not a replacement for treatment or medical advice.

Find more detailed information on these herbs in the Nara plant library on the app.